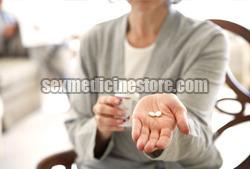 Rheumatoid Arthritis (ra) is a chronic, systemic inflammatory disorder that may affect many tissues and organs, but principally attacks synovial joints. The process produces an inflammatory response of the synovium (synovitis) secondary to hyperplasia of synovial cells, excess synovial fluid, and the development of pannus in the synovium. The pathology of the disease process often leads to the destruction of articular cartilage and ankylosis of the joints. Rheumatoid arthritis can also produce diffuse inflammation in the lungs, pericardium, pleura, and sclera, and also nodular lesions, most common in subcutaneous tissue under the skin. Although the cause of rheumatoid arthritis is unknown, autoimmunity plays a pivotal role in both its chronicity and progression. About 1% of the world's population is afflicted by rheumatoid arthritis, women three times more often than men. Onset is most frequent between the ages of 40 and 50, but people of any age can be affected. It can be a disabling and painful condition, which can lead to substantial loss of functioning and mobility. It is diagnosed chiefly on symptoms and signs, but also with blood tests (especially a test called rheumatoid factor) and x-rays. Diagnosis and long-term management are typically performed by a rheumatologist, an expert in the diseases of joints and connective tissues.